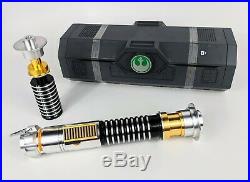 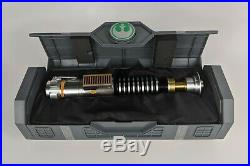 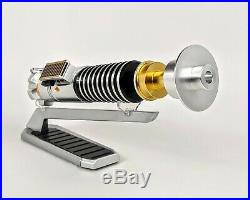 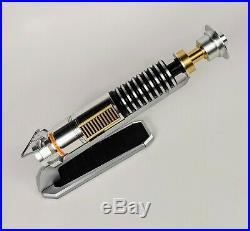 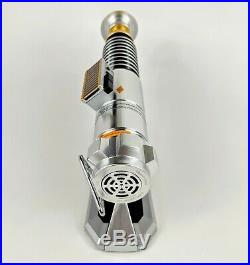 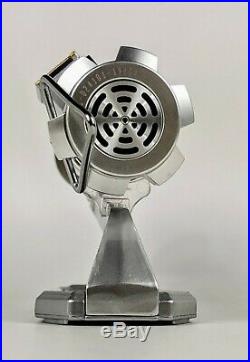 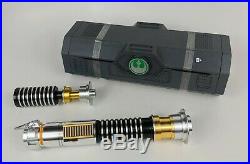 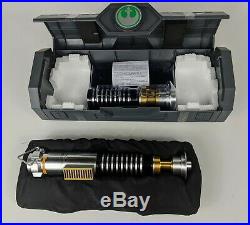 Traveling to Kenobis Tatooine hut, Luke found the missing parts he needed and used it to construct his own hilt. Although he altered certain sections, the weapon was primarily modelled after his late masters. A glimpse of the building process can be seen in a deleted scene for Return of the Jedi (1983). Unlike his father and Kenobis blue blades, Lukes personal lightsaber emitted green, which was not the case originally.

During the filming of Return of the Jedi, Lukes blue blade was changed because it was not visible against the Tatooine daytime sky. The decision gave Star Wars its first green blade and helped establish the three original colors of lightsabers (red, blue, and green). Lukes lightsaber was last seen in a flashback when he ignited it against his nephew and apprentice, Ben Solo. Solo clashed his own against his masters, before knocking it away with a Force push. While the hilt was not shown in the present, The Last Jedi novel revealed the caretakers of Ahch-To home of the first Jedi temple possessed Lukes weapon. Whether if it was the hermits staff or longtime lightsaber remains unclear. Dok-Ondar's Den of Antiquities Exclusive. Only available within Disney Parks Galaxy's Edge.

Batteries Included- unbox and power on. Comes with a display emitter, and a additional thicker emitter for a blade (see photos). When a blade is attached to this hilt the color will be Green.