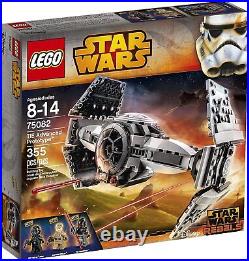 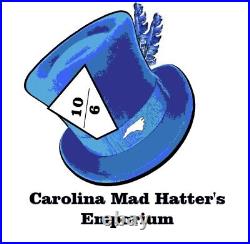 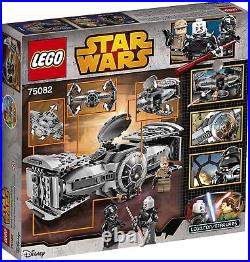 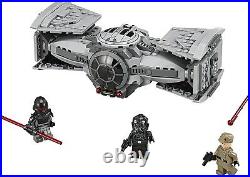 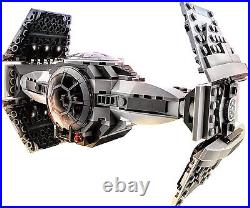 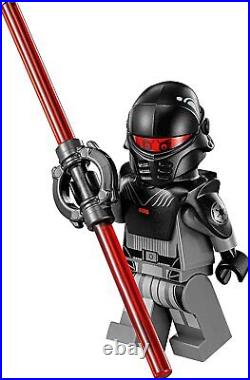 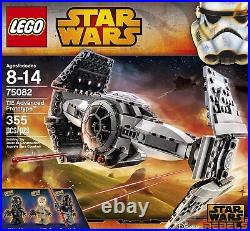 Includes 3 minifigures with assorted weapons: The Inquisitor, a TIE Fighter Pilot and an Imperial Officer. Features folding wings for flight and landing modes, two spring-loaded shooters, an opening top hatch and extra ammunition. Weapons include 2 blaster pistols and The Inquisitor's double-bladed Light saber. As featured in the Star Wars: Rebels animated TV series. TIE Advanced Prototype measures over 5" (13cm) high, 7" (20cm) long and 3 (8cm) wide in flying mode. TIE Advanced Prototype measures over 2" (7cm) high, 7" (20cm) long and 3 (8cm) wide in landing mode. Note: Due to sanitation issues toys are not returnable. As a precaution items are stored in plastic totes during the preservation time in our warehouse, some items may have the smell of mothballs, which are used it to protect the items along with moisture holders. This being said any odor should, if there is one, should dissipate within a few days. Sorry - We do not sell outside of the United States or Canada. This item is in the category "Toys & Hobbies\Building Toys\LEGO (R) Building Toys\LEGO (R) Complete Sets & Packs". The seller is "ceat4614" and is located in this country: US. This item can be shipped to United States.