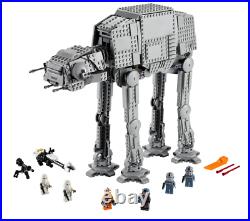 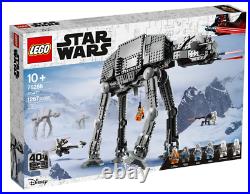 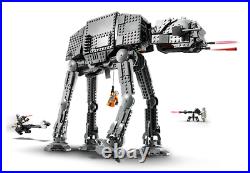 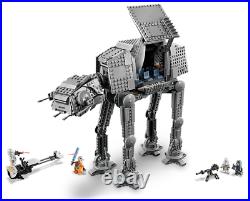 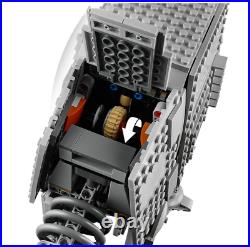 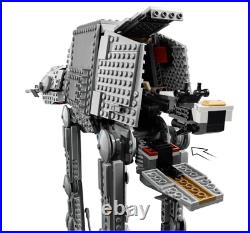 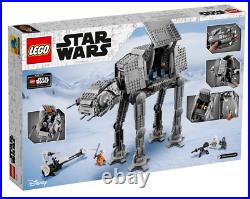 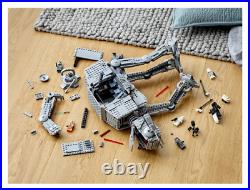 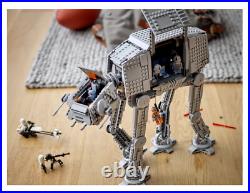 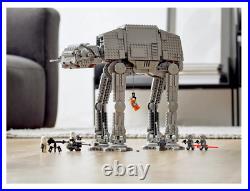 LEGO Star Wars AT-AT (75288). NEW, Factory Sealed, LEGO Authentic. Relive the Battle of Hoth and other classic Star Wars trilogy scenes with this AT-AT (75288) LEGO® building kit for kids! Different sections of the All Terrain Armored Transport vehicle open up for easy play, and it has spring-loaded shooters, plus a speeder bike inside. Fans will also love authentic details such as a winch to pull up Luke and his thermal detonator element.

The LEGO Group has been recreating iconic starships, vehicles, locations and characters from the Star Wars universe for more than two decades and LEGO Star Wars has become a hugely successful theme. What's not to love? Fans of the classic Star Wars trilogy and the LEGO® Star Wars : The Skywalker Saga video game will love recreating Battle of Hoth action with this detailed, posable LEGO brick version of the iconic AT-AT (75288) Walker.

This fun, creative building toy for kids includes 6 LEGO® Star Wars minifigures Luke Skywalker, General Veers, 2 AT-AT Drivers and 2 Snowtroopers, all with weapons to role-play the Empire vs. The AT-AT has a cockpit for 3 LEGO® minifigures, foldout panels, spring-loaded shooters, a speeder bike, winch, bottom hatch so Luke can throw in the thermal detonator element, and more for realistic, creative play. This 1,267-piece set makes a super birthday present, holiday gift or special treat for boys and girls aged 10+ who can look forward to a rewarding building challenge and hours of fun solo or social play. The AT-AT vehicle measures over 13 (34cm) high, 14.5 (38cm) long and 5.5 (15cm) wide.

Fans can also drive it in the LEGO® Star Wars : The Skywalker Saga video game. No batteries are needed for this Star Wars AT-AT Walker building kit its constructed purely with LEGO® bricks and powered by kids imaginations for unlimited galactic adventures and creative fun. It comes with step-by-step instructions so they can take on this complex building challenge with confidence. LEGO® Star Wars building toys are greatfor kids and adult fans to construct, display and recreate classic Star Wars saga scenes or create their own fun missions. No need to summon up the Force to connect or pull apart LEGO® bricks!

They meet the highest industry standards so you can be assured that the bricks in this construction playset fit together perfectly and with ease. LEGO® bricks and pieces are heated, crushed, dropped, twisted and analyzed to ensure that every action-packed Star Wars set meets the highest quality and safety standards here on Earth and in galaxies far, far away! The item "LEGO Star Wars AT-AT, set 75288 NEW, Factory Sealed" is in sale since Wednesday, November 10, 2021. This item is in the category "Toys & Hobbies\Building Toys\LEGO Building Toys\LEGO Complete Sets & Packs". The seller is "the-golden-brick" and is located in Sherwood, Oregon.