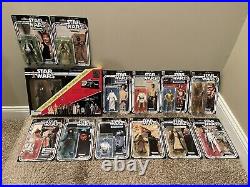 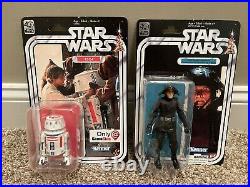 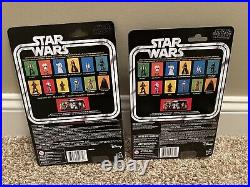 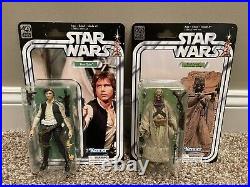 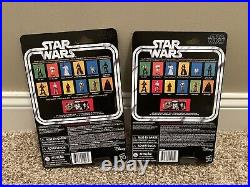 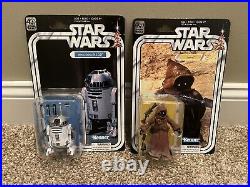 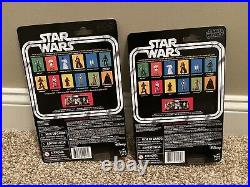 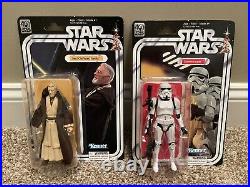 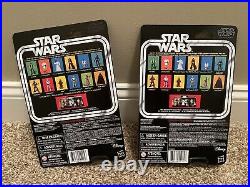 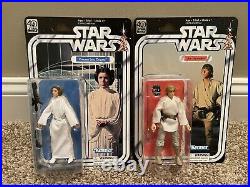 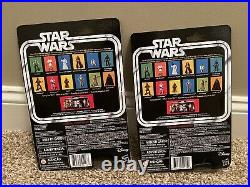 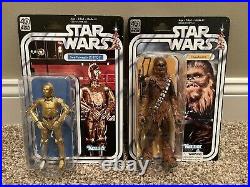 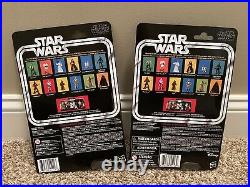 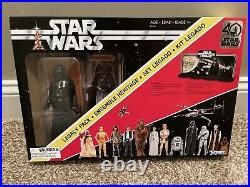 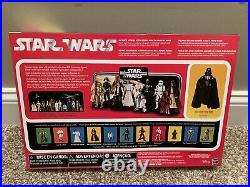 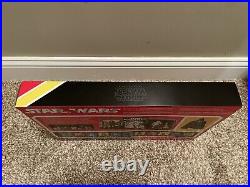 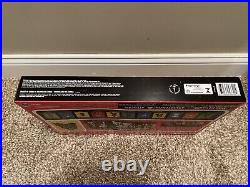 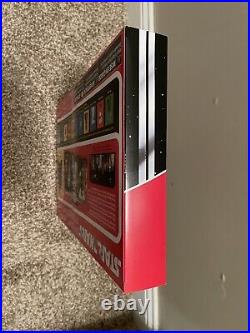 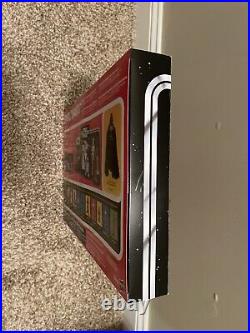 This was the first series of Hasbro's Star Wars Black Series 6 line in retro card back form to commemorate the 40th anniversary of the original Star Wars movie highlighting characters from the original Kenner toy line. The full complete wave 1 set.

Card backs & packaging bubbles are in great condition. Luke and Chewbacca's bubbles can be lifted slightly off their card backs on the top corners due to manufacturing not putting enough glue to seal, but are still in good condition and have not been opened.