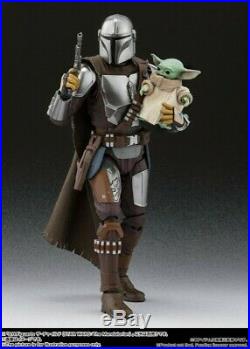 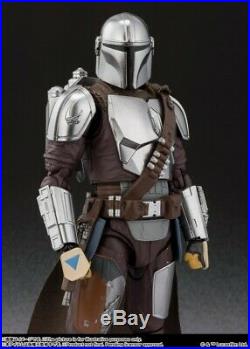 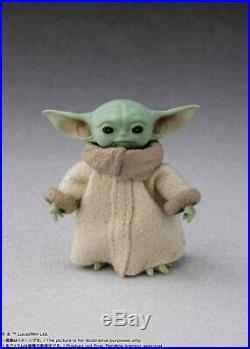 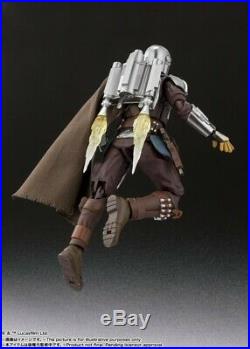 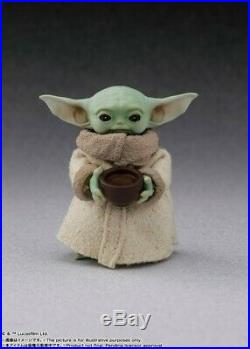 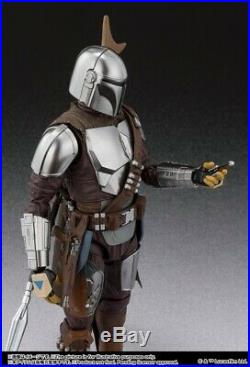 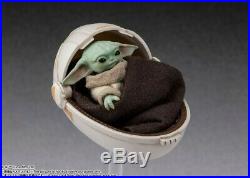 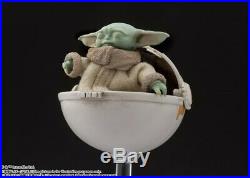 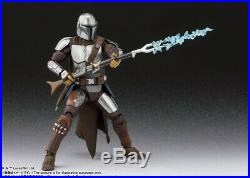 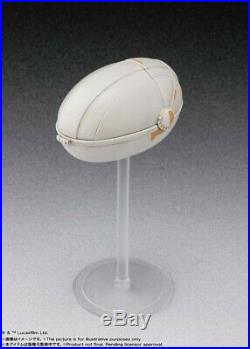 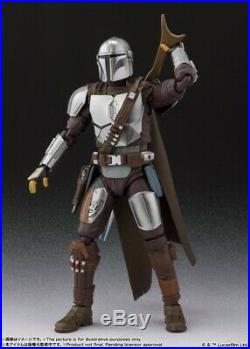 This is Pre Sale item. If you want to know the detail pls ask us! Set of Mandalorian & The Child figures!

Under acclaimed distribution on "Disney DELUXE", the main character Mandalorian reappears in the impressive metallic armor of the second half of the program from Star Wars' first live-action drama "Mandalorian"! At the beginning of the drama, Mandalorian was impressive with dirty brown armor. This time, it is upgraded in the play, and the appearance of Vesker Armor with a characteristic silver color.

Appeared as a definitive version with various effect parts attached. The Whistling Bird's micro missile, an indispensable flamethrower for battle scenes, has an effect just after launching the micro missile. The jet pack has an effect of jet injection, and the world view is expanded. Includes a knife and tracking fob that are frequently used in the play.

SHFiguarts The child image (STAR WARS: The Mandalorian) is reproduced along with the image in the play. Replacement wrist left 4 kinds right 5 kinds. Enthusiasm for the whole world "Mandalorian" The super hot character "The Child" which is the center of the trend appears in SHFiguarts.

With abundant accessories, realize a large play value in a small size! The adorable charm of "The Child", which holds the key to the story, is realistically condensed into the SHFiguarts scale.

The attached pod comes with a blanket made of cloth. Enhance the atmosphere of the play with soup accessories. By using a replacement head and soup accessory parts, you can create the childhood. Along with SHFiguarts The Mandalorian (Vesker Armor), you can reproduce the scene in the play. Two kinds of replacement head parts.

We do not mark merchandise values below value or mark items as "Gifts" US and international govenment regulations prohibit such behavior. Don't hesitate to ask us if you have any questions. Figuarts Star Wars The Mandalorian (Beskar Armor)& The Child Set PSL" is in sale since Monday, April 6, 2020. This item is in the category "Toys & Hobbies\Action Figures\TV, Movie & Video Games".